DIscussion and News concerning Orthodox Churches in communion with those who have fallen into the heresies of Ecumenism, Renovationism, Sergianism, and Modernism, or those Traditional Orthodox Churches who are now involved with Name-Worshiping, or vagante jurisdictions. All Forum Rules apply. No polemics. No heated discussions. No name-calling.
Post Reply
13 posts 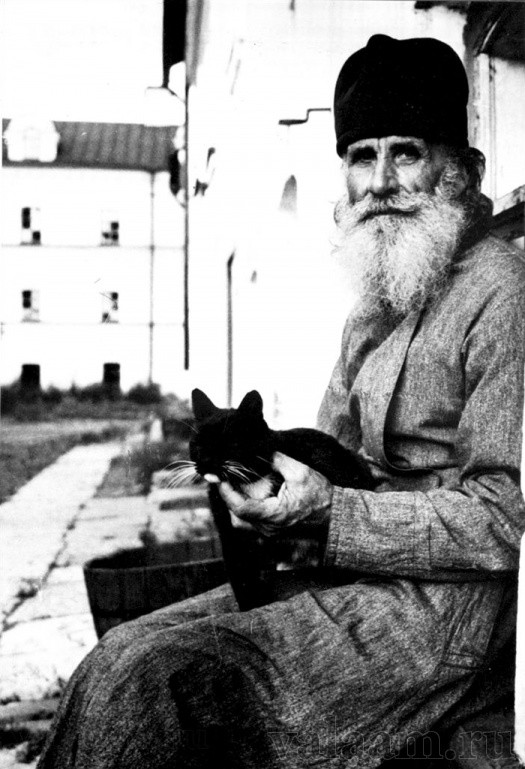 The spiritual bond between man and animals is so amazing and heartwarming. Great picture Barbara!
Top

Glad you liked this pic, Justice.
I am wondering how that short-haired cat fared up in the extreme north of Russia during the winters.
Top

Probably easiest to put this news onto the same Valaam thread to keep things better organized.
To me, this is very important news. While no fan of MP Bishop Pankraty, I included his words because they are relevant and informative :

"A momentous occasion has been reached in the continuing revival of monastic life in the Russian Orthodox Church, and at Valaam Monastery in particular.

The restoration of the Church of St. Alexander Nevsky at the St. Herman’s Skete of Valaam Monastery, the last remaining ruined church from Old Valaam, began on Monday, reports the monastery’s website.

The church was just returned to the Transfiguration of the Savior Valaam Monastery a few days ago, in very poor condition

Addressing the gathered faithful at a moleben before the beginning of any good work, monastery abbot Bishop Pankraty of Troitsk noted that the Church of St. Alexander Nevsky was built at the beginning of the 20th century and consecrated in 1904, after which regular services were held for brothers carrying out their obediences on the monastery’s most remote island.

The 800th anniversary of the birth of the right-believing Grand Prince Alexander Nevsky will be celebrated in 2021, and, of course, our brotherhood must restore this sacred Valaam site. This is our last church still in such a poor condition today,” Bp. Pankraty reflected, and invited all men to join in the restoration work of the church.

There were 13 sketes at Old Valaam, and today monastic life has been revived in 11 of them, and construction work is underway on other skete buildings.

The island that the St. Herman of Valaam Skete sits upon is the northernmost and most remote of the Valaam islands. There were numerous buildings on the island at the beginning of the 20th century, including a two-story building with cells for the brethren, warehouses, and cattle barns.

The monks were engaged in agriculture, fishing, and fruit gardening. There was a good shore on the pier for receiving boats from the monastery. 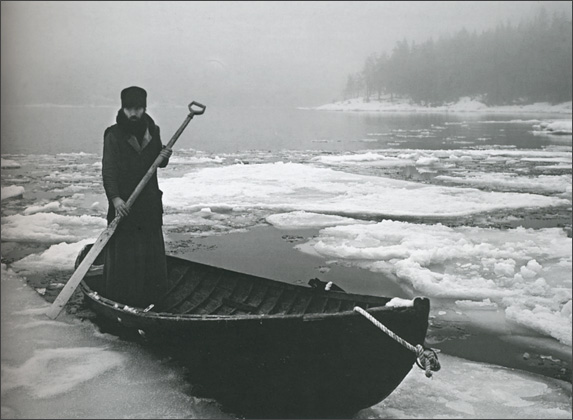 The island was also known for its granite quarries.

After the Valaam monks were forced to leave the Ladoga Islands in 1940, the monastic life at St. Herman’s Skete stopped.

Here is what the Church USED to look like : Its condition today is deplorable. But soon that will be rectified, hopefully in time for the major occasion of the 800th anniversary of St Alexander Nevsky's birth coming up in 2021, one year after the centenary of the Russian Church Abroad. At least the main structure is preserved. That would be so difficult to rebuild. Look at the excellent brickwork.
Top

[ Wow, this is my 3,330th post. ]
Here is the attractive design planned for the St Herman of Alaska Chapel mentioned in the above post : Speaking of Valaam and cats, this video of the early days of Hierodeacon German's recording of Valaam chant features a scene of him patting a black cat with white chest marking similar to the one from 150 years ago pictured above. This is at the 2:32 mark. This resemblance symbolizes continuity over the ages at that important Russian monastery.

Other sections of the 1998 video show Hierodeacon German's early work, undoubtedly with the simple musical equipment of the era, making errors and correcting them, to produce the famed sound of Valaam chant.
Top

Simeon Ivanovich Yanovsky, who had met St Herman of Alaska on Kodiak Island while Chief Manager of the Russian-American Company, returned to St Petersburg in the early 1820s. Yanovsky was converted by Fr Herman and became increasingly religious. Back in the capital, and elsewhere, he searched for a great Elder as had been the emissary of Valaam to Alaska. At Valaam itself, Yanovsky was disappointed. In 1824, there was not one Elder in the Lake Ladoga region who measured up to the standards of the future St Herman of Alaska.

Thus we know that Eldership in Valaam fluctuated dramatically over the decades. Nonetheless, the observer is surprised to hear there were NO suitable Elders at ALL in the entire Valaam archipelago during this period.
Top
Post Reply
13 posts