An online Synaxaristes including martyrologies and hagiographies of the lives of the Orthodox Church's saints. All Forum Rules apply. No polemics. No heated discussions. No name-calling.
Post Reply
3 posts • Page 1 of 1

Today being the repose day of Bishop Sava of Edmonton, here is a summary of the life of the ally of St John Maximovitch :

Jovan (John) Saračević was born in 1902, in the Serbian city of Ljutavic, near Belgrade, Serbia. A good student, he finished high school in the cities of Čačak and Kragujevac.

He entered the Faculty of Law at the University of Belgrade.

Since he excelled beyond his colleagues, he was appointed to be a judge in the cities of Trelog, Čačak, Gnjilane, and Belgrade. Worldly success, however, could not satisfy his soul ; and in the intervals between his duties as a judge, he pursued a programme of studies in the Faculty of Theology at the University of Belgrade.

During these years, he was politically active (without belonging to any one party), and he promoted Orthodox Christian mentality in everything he said and did.

He also received spiritual formation by both Bishop Nikolai (Velimirović) and Bishop John (Maximovitch), and with whom he maintained a lifelong spiritual bond of Christian love and respect.

In the anarchy and unrest that followed World War II, as an educated Christian and a "member of the old regime", he was undoubtedly a target for the communists . Therefore, the future bishop decided to emigrate.

He arrived in Buenos Aires, Argentina, in early 1948. Shortly after his arrival in South America, he decided to join Bishop Leonty (Filippovitch) of the Russian Orthodox Church Outside Russia (ROCOR) in Paraguay, and he went to the monastery that the bishop had established there. Seeking to offer his talents in the service of the Heavenly King, the former judge of men left earthly society, and abandoned his secular life for the monastic life.

In 1948, Bishop Leonty (Filippovitch) tonsured him to be a monk, and gave him the name Sava.

In 1948, Bishop Leonty (Filippovitch) ordained the Hierodeacon Sava (Saračević) to the Holy Diaconate.

From Paraguay, Hierodeacon Sava (Saračević) returned to Buenos Aires, where Archbishop Panteleimon (Rudyk) of Buenos Aires and Argentina ordained him to the Holy Priesthood in 1949.

The Hieromonk Sava (Saračević) was assigned to the Holy Trinity Cathedral (some report the name as Holy Resurrection Cathedral) in Buenos Aires,

and he served there for more than 6 years.

In 1956, Bishop Athanasius (Martos) of Argentina assigned him to care for the flock of the Holy Protection Church in Temperley, in the Buenos Aires province, where he served until his departure for New York in 1958.

Bishop Sava (Saračević) was assigned to serve as a Vicar-Bishop in Edmonton, Alberta, and to oversee Western Canada. He was the assistant to Archbishop Vitaly (Ustinov) of Montréal, Québec.

Although he was the bishop of an isolated and distant region (as some mistakenly describe it), and although he lived in very modest monastic conditions, he was an active and influential hierarch.

From the pages of “Orthodox Russia”, Bishop Sava (Saračević) called the Russian-speaking people to be aware of their faith, and he warned them about the impending apocalyptic times and the danger of losing the Holy Orthodox Faith through negligence and carelessness. In his first years as a bishop, he called for the formation of “Brotherhoods of Spiritual Renewal” to revivify the spirit of Holy Russia. In his later years, he called all to pray and redouble their prayers for suffering Russia. Although the turbulent and difficult conditions of life for the Russian emigration dampened the prospects for any substantial immediate response, Bishop Sava preserved, through his appeals, a light of hope for the future resurrection of the Russian land.

Serbian Canadians living in Edmonton embraced Saint Vladimir’s Church as their parish, and Bishop Sava (who lived at the church) as their wise and beloved pastor.

Bishop Sava recognised that Christ is the salvation of mankind and he did not keep Orthodoxy as a secret treasure for Slavic peoples alone, but worked for the salvation of new converts as well.

Vladyka Sava (Saračević) maintained a wide correspondence with English-speaking converts across Canada and the USA.

Bishop Sava knew Archbishop John of San Francisco very well, and he recognised the qualities of saintliness in this holy bishop. Following the repose of Archbishop John, he was determined to proclaim his virtues and sanctity, and to this end he undertook the holy labour that he is primarily remembered for – that is, he worked for the glorification of Saint John, Wonderworker of Shanghai and San Francisco. In “Orthodox Russia”, he pointed out that it was a Serbian, Bishop Saint Nikolai (Velimirović), who largely motivated the glorification of Saint John of Kronstadt by the Russian Orthodox Church Outside Russia. Because of God’s blessing, and largely through the labours and dedication of Bishop Sava to Saint John of Shanghai and San Francisco, Saint John the Wonder-worker was glorified in 1994.

Bishop Sava (Saračević) reposed in the Lord in Edmonton, Alberta, on 30 January, 1973, after having served as a bishop for 15 years, all of it in Canada.

After the funeral services, his body was interred in the cemetery of the Bluffton Monastery of the Protection of the Theotokos south of Edmonton.

I remember reading how Bishop Sava tried to organize those Brotherhoods of Spiritual Renewal [ I liked the inspiring title ] from South America.

It is sad that even today, the attention shown this brave pioneer in the wilds of Canada is much less than it should be. One can not even find any picture of him on the internet besides the 2 accompanying the above article, almost all of which was taken from "Blessed John, the Chronicle of Bishop Sava" by the St Herman of Alaska Brotherhood.

This short book appeared in Russian 1st in 1976 and then in expanded form in English in 1979. The latter relied on much material collected by the sage Bishop Sava, who interviewed people who had known the great Wonderworker when the Saint was alive and then took great care to verify the stories told to him.
This English version used as a core 15 articles Bishop Sava had written for the Rocor periodical "Orthodox Russia" in 1967 and 1968.

As a well-educated hierarch, particularly among a storm-tossed generation of refugees, Bishop Sava wrote much more complete and edifying narratives of the experiences of many who had been helped by St John Maximovitch. Up to the time of the Jordanville Russian language publication's articles, only fragments and vignettes had been recorded. These experiences were related in a popular, informal style and thus did not have the same impact as the accounts collected and written up by Bishop Sava. As a great student of the Church Fathers, the latter brought a serious Orthodox backdrop to frame St John's ascetic feats and miracle-working.

One can not discount the possibility that as a Serb himself who was immensely fond of the Russian Church and Russian people, Bishop Sava felt much affinity with St John Maximovitch, a Ukrainian citizen of the Russian Empire whose distant ancestry was Serbian.

A final note for today, the 46th anniversary of the hierarch's repose : Bishop Sava was described as "a just man" who "did not fear or hesitate to accuse injustice and falsehood". Could this trait explain why he was inexplicably retired early, in September 1971 ?

In great endeavors, there are always the hard workers who perform the actual tasks needed for the project to succeed [ in this case, the glorification of St John Maximovitch ]. Then there are other figures whose role seems exaggerated, such as that of St John's successor in the San Francisco cathedra, Archbishop Anthony [ Medvedev]. I personally would like to see memory rekindled of Bishop Sava's groundbreaking role in this work which has resulted in ever-expanding waves of veneration through the whole world for a modern day Miracle-Worker like those of ancient times.
There are always the people who silently do the necessary labor while those who come later diminish the role of the pioneers in order to turn attention and praise to themselves.
Surely it's time to prepare a beautiful tomb for Bishop Sava in that Bluffton Convent cemetery.
Top

"His erudition, the gift of spiritual speech and zeal in his ministry made him an outstanding hierarch." the noble emigre's second confessor was the future Bishop of Edmonton. Thus, he was well placed to give this description to fill out the picture of Bishop Sava for posterity. 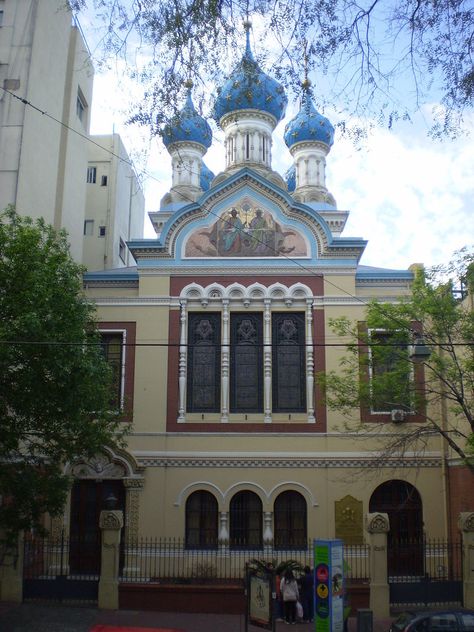